In Ijede, road block by men of the Nigeria police is an ugly phenomenon to worry about. Journeying there from to Ikorodu...
View Post

The Israeli army on Wednesday expanded its manhunt for the perpetrators of a terror attack the night before in which an Israeli man was shot dead in his car on a highway in the northern West Bank.

Shortly before 8 p.m. on Tuesday, 35-year-old father of six Rabbi Raziel Shevach was driving in his car on the highway near his home in the Havat Gilad outpost when shots were fired at him from a passing car.

Shevach, a volunteer medic, was shot in the neck, but managed to call his wife and tell her to call an ambulance. Civilian and military medics rushed to the scene and tried to stop the bleeding as they took him to Kfar Saba’s Meir Hospital, where he was pronounced dead after life-saving efforts failed.

Immediately following the attack, troops launched a manhunt, setting up roadblocks in the area around the Palestinian city of Nablus as they looked for the perpetrators.

“A number of actions were decided upon in order to locate the terrorists who committed the shooting attack, including security checks upon entrances and exits to and from the city of Nablus and placing forces and security crossings across the city,” the army said late Tuesday night.

“Additional forces were called to the scene in order to complete missions in the area,” the military said in a statement. 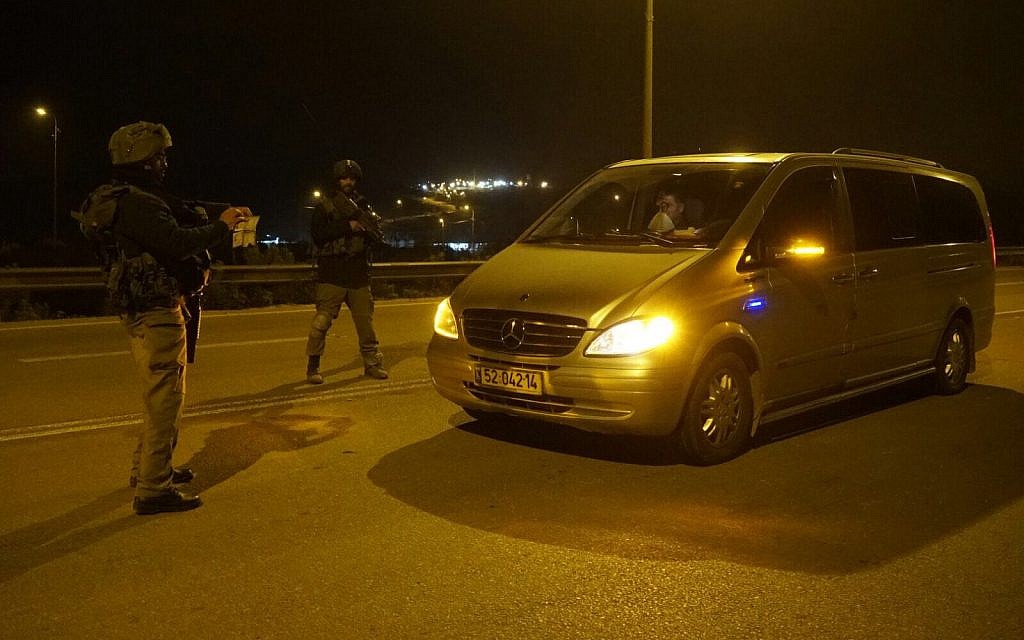 Israeli soldiers set up a security checkpoint in the northern West Bank after a terror attack on January 9, 2018. (Israel Defense Forces)

On Wednesday morning, IDF Chief of Staff Gadi Eisenkot toured the area of the attack, and the army announced it was expanding its search and bringing in reinforcements to assist in the effort.

“The main mission at the moment is to locate the cell, to stop it and to prevent further terror events, and also to prepare for further activity in the area over the weekend,” Eisenkot said.

The military set up checkpoints at the entrance to Nablus, which has a population of over 150,000, and in the surrounding villages, in what the army often refers to as a “breathing closure.” 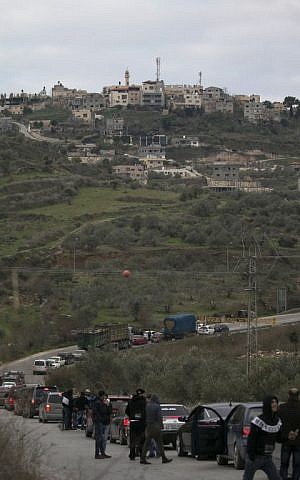 Israeli forces close a road on January 10, 2018 in the area where a 35-year-old Israeli rabbi was killed late the night before near Nablus. (Jaafar Ashtiyeh/AFP)

“Entrances and exits to and from the villages surrounding Nablus will be possible only after security checks,” the army said.

Palestinian media reported traffic jams across the northern West Bank in light of the closures, especially at the entrances to Nablus.

Later on Wednesday morning, some of the checkpoints around Nablus were taken down.

During Eisenkot’s visit to the area, a local settler activist shouted at him, asking why the army had removed some of the blockades.

Sukkot, a resident of the nearby Yitzhar settlement, also told the army chief that settlers in the area had earlier in the week informed the military of an apparent attempted shooting attack in the area.

On Monday, Sukkot wrote on Facebook that a Yitzhar resident had been driving in his car when a vehicle pulled up next to him and the driver pulled out what appeared to be a pistol, but for some reason did not open fire.

Prime Minister Benjamin Netanyahu tweeted that “security forces will do everything possible in order to reach the foul murderer, and the State of Israel will bring him to justice.”

Following the shooting attack, on Tuesday night, several incidents of settler violence were reported in the West Bank, in apparent retaliation for Shevach’s death. 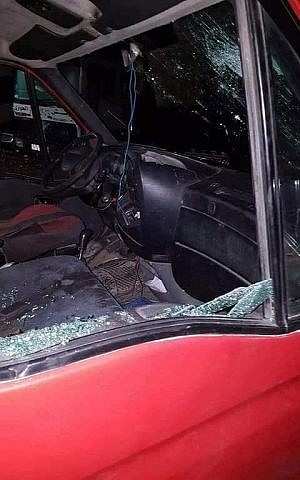 Palestinian cars were pelted with rocks near the Yitzhar and Shiloh junctions south of Nablus, Channel 10 news reported.

Additional stone-throwing incidents were reported in the nearby villages of Asira al-Qibliya, Jalud and Burin. Four people were lightly wounded by the rocks, Palestinians said.

The IDF said it was aware of rock-throwing incidents and that soldiers had dispersed the attackers. There were no arrests reported.

In a tweet, MK Bezalel Smotrich, of the right-wing Jewish Home party, said that “if they don’t want the grieving public to take the law into its own hands, then the system needs to do something” about Palestinian violence.

Shevach’s funeral will be held at the Havat Gilad outpost at 1 p.m. Wednesday.

Havat Gilad is an illegal outpost established in 2002 in memory of Gilad Zar, security coordinator of the Shomron Regional Council, who was shot and killed a year prior in the northern West Bank

In a rare move, the Hamas terrorist group’s military wing released a statement praising the attack, calling it “heroic” and a sign of future attacks to come, though the organization did not take responsibility for the shooting. 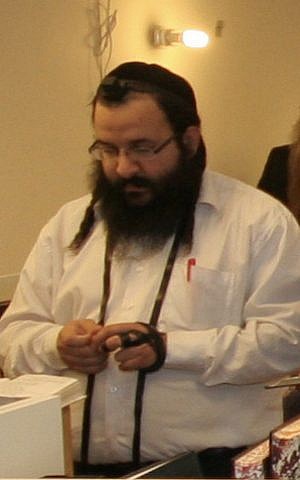 Rabbi Raziel Shevach, who was killed in a terror attack in the northern West Bank on January 9, 2018. (Yeshivat Roeh Yisrael)

“The attack outside Nablus is the first real response to show the leaders of the enemies and those that are behind them (the United States), that things that you fear — are coming,” Hamas said in a statement.

Israeli defense officials have repeatedly warned that Hamas is looking to carry out attacks in the West Bank.

The head of the local settler council, Yossi Dagan, harshly criticized the government for failing to install security cameras in the area.

“If they had been (installed), these vile murderers would have been caught. Raziel was killed near the community of Gilad Farms, where there are no security apparatuses, despite repeated requests from my regional council,” Dagan said in a statement.

“This terrible attack should be a tremendous warning sign,” he added.

In November, Dagan launched a hunger strike along with representatives of bereaved families calling on the government to immediately transfer funds to improve West Bank’s security infrastructure. The campaign ended with an agreement signed by Netanyahu that put into writing a pledge to earmark NIS 800 million ($228 million) of the 2018 budget for West Bank roads and infrastructure development.

The United States of America has imposed more Visa restrictions on individuals responsible for undermining the democratic process in Nigeria.
View Post