In First, Prosecution Points Finger at Netanyahu In Case 4000 ‘Bribes’

In a first official on-record statement implicating him in the so-called Case 4000 corruption investigation, Prime Minister Benjamin Netanyahu was named Tuesday as one of the people believed to have been involved in bribery as part of an illicit deal with the communications giant Bezeq.

Speaking at a hearing in which Shaul Elovitch and Nir Hefetz — the majority shareholder of Bezeq and a former media adviser for the prime minister, respectively — appealed their continued detention in the case, state prosecutor Yehudit Tirosh of the Israel Securities Authority said that in his role as communications minister, Netanyahu was at the center of “a very grave instance of giving and taking bribes.”

The case involves suspicions that Elovitch ordered the Walla news site, which he owns, to grant positive coverage to Netanyahu and his family in exchange for the prime minister advancing regulations benefiting Elovitch.

Tirosh, arguing before the Tel Aviv Magistrate’s Court, said that “positive coverage is a mild way of putting it.” 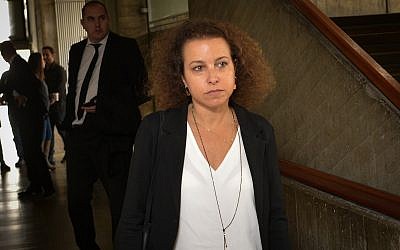 Netanyahu served as communications minister from November 2014 to February 2017. During that time, Walla’s coverage notably changed to favor the Netanyahu family, and Bezeq was given permission, among other things, to buy the satellite cable provider Yes, overriding antitrust issues, and to renege on its commitment to lease out its infrastructure to telecom competitors so they could provide competing fixed line and internet services.

Sources close to Netanyahu, who himself has denied any wrongdoing in the case, rejected claims that the prime minister had sought to help Bezeq as part of a quid pro quo deal.

“The claims against Prime Minister Netanyahu are baseless. All of the decisions were made for relevant reasons and are based on professional opinions, committees and legal advice,” the sources said on Monday.

Tirosh, repeating comments she made at a Monday hearing, said the benefits given to Bezeq were worth “up to a billion shekels ($290 million).”

On Monday, the court released to house arrest four suspects in the case — Elovitch’s wife, Iris; his son, Or; Bezeq CEO Stella Handler; and Bezeq’s deputy CEO for business development, Amikam Shorer — but acceded to a request from the prosecution to keep Elovitch and Hefetz in custody until Sunday. 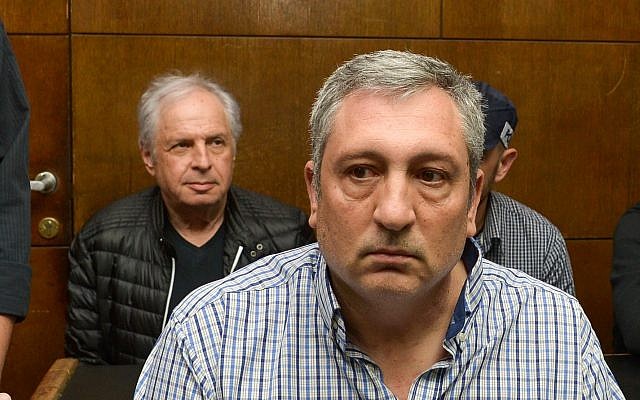 Arguing Tuesday against overturning that ruling, Tirosh said the state believed that Elovitch and Hefetz would try to obstruct the investigation, even possibly suggesting illicit consultation with Netanyahu himself.

“There is a real suspicion that if the suspects are released today, hugely important investigative work that needs to be carried out in the coming days will be thwarted,” she said.

Netanyahu is expected to be questioned in the case on Friday, “possibly” even under caution as a criminal suspect, a source familiar with the investigation told The Times of Israel earlier this week. If Hefetz and Elovitch were released before then, they could speak with the prime minister before he faces police investigators.

On Sunday, Channel 10 reported that Hefetz and Elovitch had coordinated their version of events and deleted incriminating messages that allegedly linked the favorable coverage Netanyahu received on the Walla news site to the policies that benefited Bezeq.

“We are talking about a real evidence-based suspicion of instances of obstructing the investigation by these two suspects,” Tirosh said in an apparent reference to allegations made in the report. 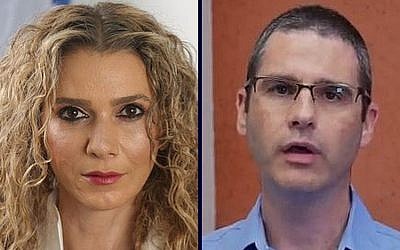 Elovitch’s and Hefetz’s lawyers argued that leaked text messagesbetween a judge and one of the investigators in the case, appearing to show the two coordinating remand rulings before hearings were even held, invalidated the state’s bid to hold them in custody. A full transcript of the messages released on Monday, however, appeared to be less damning than initially reported — when only a snippet was available — showing that judge Ronit Poznansky-Katz and prosecutor Eran Shacham-Shavit were mainly discussing case logistics.

“We cannot overstate the seriousness of the incident that took place on Sunday,” Yaron Kostelich, Hefetz’s lawyer, told the court, arguing that it deligitmized the prosecution request to remand his client. “We have never seen anything like this is the State of Israel.”

In response, Tirosh, who replaced Shacham-Shavit after the incident, described the incident as “very serious in my eyes, and in the eyes of the state, even after further messages were released,” but said it should not affect the case.