The body of Ahmad Nassar Jarrar, initially thought to have been killed by Israeli security forces in the West Bank town of Jenin early Thursday, was not found amid the rubble of buildings destroyed in the operation, according to Palestinian media reports.

Israel said its forces killed a man suspected of involvement in the deadly West Bank shooting of Raziel Shevach, but did not name him. Two other members of the cell were said to have been captured.

The Palestinian heath ministry initially identified the slain suspect as Ahmad Nassar Jarrar, 22, at which point the Hamas terror group’s Jenin faction released a statement saying he was part of its military wing, the Izz ad-Din al-Qassam Brigades, and mourned him as a “martyr.”

Hours later, however, the Palestinian health ministry said it had been mistaken, and that a different man with a similar name had been killed. It named him as Ahmad Ismail Muhammad Jarrar, 31.

Unconfirmed Hebrew media reports said the younger Jarrar was the alleged leader of the terror cell, and that the older Jarrar was one of its suspected members.

The family of the younger Jarrar released a statement published by the Hamas-linked news site Palinfo on Thursday saying their son was still alive. The relatives claimed Israel had planted false information about his believed death in order to draw him out of hiding.

In an interview circulating on Palestinian social media, the younger Jarrar’s mother said Israeli forces came to the house and ordered her son to exit. But he had left the house half an hour earlier, she said. “If he was martyred, good for him,” the mother said of her son.

Hours after the raid carried about by an elite Border Police unit along with forces from the IDF and Shin Bet security service, a Border Police spokesman told The Times of Israel that they were still scanning the area, suggesting that not all the suspects had been accounted for.

On Thursday evening, Hadashot news reported that those searches were still ongoing.

Two Israeli officers were injured in the raid, one of them seriously. President Reuven Rivlin visited the latter at Rambam Medical Center in Haifa on Thursday to thank him for his service. “We will continue to tell anyone who tries to harm us: we will reach you everywhere,” he said in a statement from the hospital. 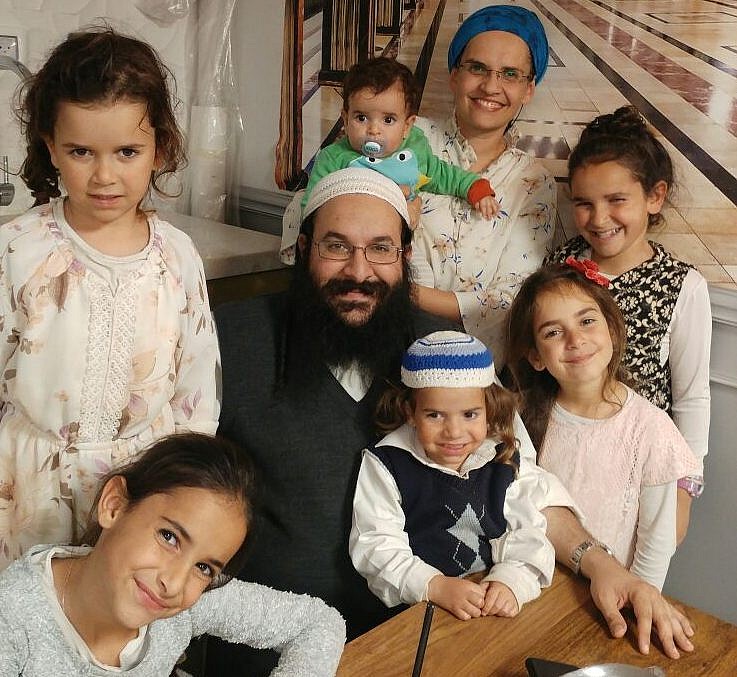 Rabbi Raziel Shevach with his family, in an undated photo (Courtesy of the family)

In a statement Thursday, Hamas spokesperson Sami Abu Zuhri vowed “the Jenin cell is not the first nor will it be the last. The role of the criminals of the security coordination [i.e., the Palestinian Authority] will not succeed in preventing the resistance from confronting [US President Donald] Trump’s decision and from protecting Jerusalem.”

Trump recognized Jerusalem as the capital of Israel on December 6, angering Palestinians who want the city as a capital for their future state. 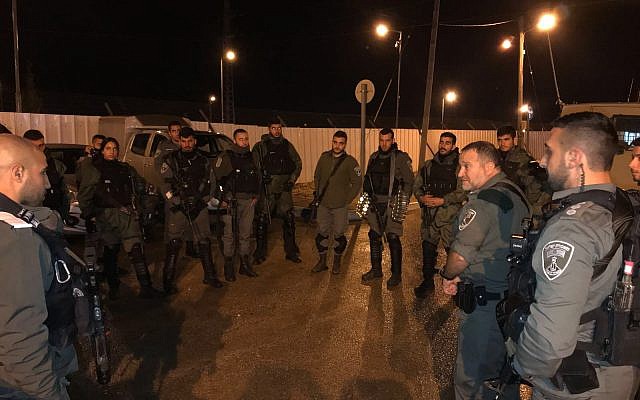 Israeli security forces carry out raids in the West Bank city of Jenin in pursuit of the Palestinian killers of Israeli rabbi Raziel Shevach on January 18, 2018 (Israel Police)

According to Hamas, the 22-year-old Jarrar, who apparently evaded arrest, is the son of Nassar Jarrar, a senior Hamas commander in the West Bank and leader of the terror group’s forces in Jenin before being killed by Israeli troops in 2002.

The father, born in 1958, was an early pioneer of Islamist-inspired terrorism against Israelis. He was imprisoned in 1978 after throwing a Molotov cocktail at an Israeli bus in Jenin. He was released in 1988 and rearrested in 1994 for planning one of Hamas’s first suicide bombings on a bus in Hadera, in which six Israelis were killed and 30 were wounded.

After he was released from prison in 1998, Jarrar became a senior commander of Hamas’s forces during the Second Intifada of the early 2000s, which saw thousands of Israelis killed and wounded in terror attacks.

In 2001, Jarrar lost both his legs and an arm while preparing a bomb, but remained active in planning attacks. Israeli forces killed him in 2002 by shelling his hideout in Jenin.

At the time of his death, Jarrar was said to have been planning terror attacks at the Tel Hashomer Hospital in Tel Aviv and a high-rise building.

Israeli forces have been carrying out relentless searches for the killers of Shevach. Hadashot news cited defense officials who said the cell was made up of five members.

In a rare move, Hamas released a statement earlier this month praising the murder of Raziel Shevach, calling it “heroic” and a sign of future attacks to come, though the organization did not immediately take responsibility for the shooting.

“The attack outside Nablus is the first real response to show the leaders of the enemies and those that are behind them (the United States), that things that you fear — are coming,” Hamas said in a statement earlier this month.

Shortly before 8 p.m. on January 9, 35-year-old Shevach was driving in his car on the highway near his home in the Havat Gilad outpost when shots were fired at him from a passing car. Shevach was shot in the neck, but managed to call his wife and tell her to call an ambulance.

He died of his injuries at a Kfar Saba hospital after receiving initial treatment by medics at the scene of the attack, the Havat Gilad Junction. Medics said he suffered a gunshot wound to his upper body and his condition deteriorated as he was taken to the hospital.