Prime Minister Netanyahu defended his son from public scrutiny Tuesday after a recording emerged of Yair Netanyahu making disparaging comments about women — including a jest about renting out his ex-girlfriend for sex — during a night out at Tel Aviv strip joints with two friends.

Netanyahu said his son made the comments “under the influence of alcohol and has since apologized for them.”

“My son was correct in saying yesterday that he had spoken foolish words,” the prime minister said at a meeting Tuesday with NATO ambassadors in Jerusalem. “He said, it’s not me, Yair. He said that these are not the values that characterize him. And he’s right.”

Netanyahu added that he had raised his two sons to “respect everyone, and to respect every woman. This is also why I vehemently oppose the exclusion of women [from public affairs]. Women should play central roles in academia, science, and the air force. These are the values we believe in.”

He also accused Hadashot television news, which aired the recording, of having bought it. He said the driver who made the recording — an employee of the Prime Minister’s Office — had earlier tried to shop it to other news outlets “for thousands, even tens of thousands of dollars” and had been turned down. 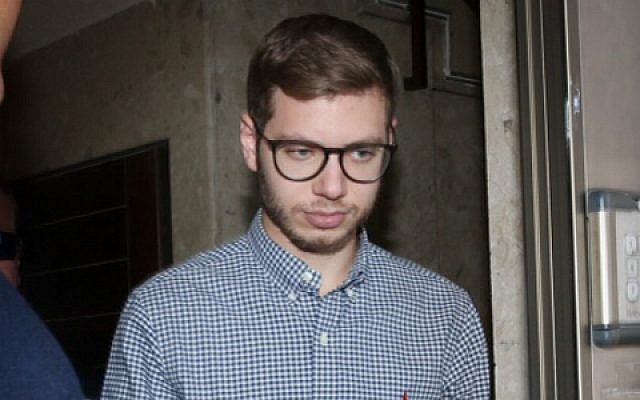 The recording, apparently made two and a half years ago, captured conversations between Yair Netanyahu, then 25; Nir Maimon, the son of gas magnate Koby Maimon; and Roman Abramov, a friend. It was broadcast Monday evening by Hadashot TV news, despite a request from the prime minister to keep it off the air.

Aside from the banter between the men about strippers, Yair Netanyahu also discusses a woman that Hadashot reported he had been in a relationship with.

“If you want, I can set you up with some ****,” he says of her, in comments that the channel said it censored due to their offensive nature. He adds that he is broke and could charge money for pimping her out.

In a response to the recording on Tuesday, model Lee Levi, the woman whom Yair Netanyahu was apparently referring to, said she was ashamed to have been in a relationship with someone who could hold such “offensive” views about women.

In Hebrew post to her Facebook page before the prime minister offered his response about the recording, Levi said the apparently inebriated state of the men captured in the recording was no excuse for their “contemptuous” comments.

“The fact that maybe the speakers were at the end of a night of entertainment and alcohol does not detract from the gravity of the comments, the horror and disgust that gripped me when I heard and understood the content of the conversation,” she wrote. “It is important for me to stress that the feeling of disgust didn’t come from the fact that perhaps some of the things were directed at me, but rather from the simple fact that even in today’s world there are those who think and talk in such an offensive and contemptuous way about us, the women.”

Levi, who lives and works in Los Angeles, noted that while the Hadashot report didn’t mention her by name, it was likely that the prime minister’s son was referring to her. In the wake of the report, several news outlets had asked her for a comment.

“We should not be surprised at how sexual harassment and sexual assault become the norm among men when the discourse is the conversation heard in the recording,” she continued. “If there is one thing that I regret today, and am even ashamed about, it is the fact that I was the partner, even for a short period, of a person who holds such archaic views about women.”

The elder Netanyahu, at his Tuesday meeting with the NATO ambassadors, also addressed the part of the recording where Yair Netanyahu, while waiting outside of a strip club, can be heard asked his friend, the son of a billionaire businessman, to “spot him” money in return for a gas deal pushed for by the prime minister that benefited the friend’s tycoon father, Koby Maimon.

In the recording, Yair Netanyahu and Nir Maimon can be heard joking about the prime minister’s ties to the elder Maimon and his immense profit from the multi-billion-dollar natural gas deal between private companies and the state. 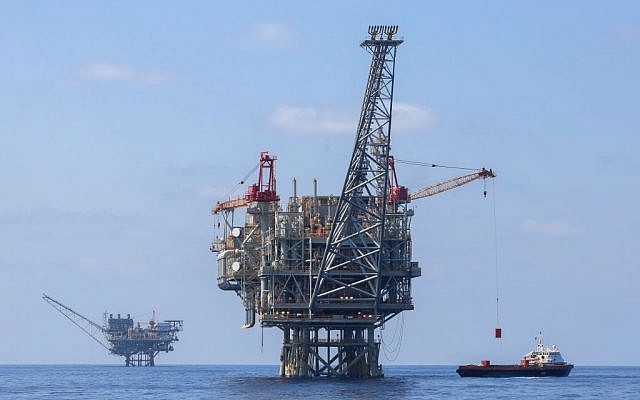 “I have no connection with Koby Maimon. I only met him once in my life, and that was 10 years ago,” Netanyahu senior said. “I acted in the matter of the gas deal for the interest of the Israeli public, to bring many billions of shekels into the state coffers.”

The prime minister noted that, if anything, Maimon was not happy with the eventual course of action taken by the government regarding the natural gas development, because it meant the businessman would lose “hundreds of millions.”

“I didn’t act against Koby Maimon,” Netanyahu said. “That was not my goal, but that was the outcome.”

“Yair didn’t have a clue about this,” he insisted. “What he said, he said under the influence of alcohol.”

“He was bantering with a friend,” the prime minister continued. “And everyone who understands the details of the gas deal know exactly what I am talking about, and therefore knows that the argument that I somehow favored Koby Maimon is absurd.”

In December 2015, Netanyahu successfully overcame a year-long delay in approving the controversial deal, which he had fought for tooth and nail, in the Knesset and cabinet.

Critics of the deal argued that it created a de facto duopoly in the gas market that would lead to higher prices for Israeli consumers, while its proponents said the protections given to the gas companies were necessary in order to entice them to invest the billions of dollars needed to develop natural gas fields discovered in the Mediterranean.