Netanyahu: Israel Acts To Keep Game-Changing Arms Away From Hezbollah

Following reports of an Israeli airstrike on a weapons depot in Syria, Prime Minister Benjamin Netanyahu said Tuesday that Israel is prepared to take action to prevent advanced munitions from reaching the Hezbollah terrorist group.

“We have a longstanding policy to prevent the transfer of game-changing weapons to Hezbollah in Syrian territory. This policy has not changed. We back it up, if necessary, with action,” he said at an event with NATO officials in Jerusalem.

However, the prime minister did not confirm that the Israel Defense Forces conducted the predawn strike, which the Syrian military claimed hit the military base of al-Qutayfah, outside Damascus. 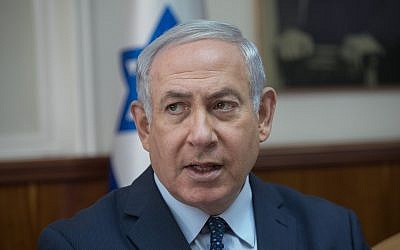 The Israeli military would not comment on the alleged strike.

Separately, Yossi Cohen, the head of Israel’s Mossad spy agency, said the proliferation of accurate Iranian missiles is a “growing concern to the peace of the entire Middle East.”

Speaking at a Finance Ministry event in Jerusalem, Cohen said, “We hear the concerns from Sunni leaders about Iran are growing, just as they are in Israel. We are hearing it from everywhere.”

On Tuesday morning, the Syrian military said that Israel conducted a series of three airstrikes on a base in al-Qutayfah, northeast of Damascus, which is home to its 155th Artillery Regiment. Syrian opposition media reported that the base was used to store weapons, specifically long-range missiles.

In a statement, the Syrian military reported that the strikes occurred over the course of several hours — at 2:40 a.m., 3:04 a.m. and 4:15 a.m. — and were carried out by both aircraft and surface-to-surface missiles.

Syrian military officials said the country’s air defenses intercepted three of the missiles fired and hit one of the Israeli aircraft. The claim could not be immediately confirmed.

According to Ronen Solomon, an Israeli freelance intelligence analyst who tracks Syria’s weapons development programs for his blog Intelli Times, the 155th Artillery Regiment operates Scud missile launchers and “has been known since 2010 as the regiment that hosts Hezbollah’s advanced Scud missile base.”

Loud explosions could be heard throughout the area following the alleged strike, according to local media. Ahead of the strike, Lebanese media reported that Israeli jets were seen flying over the country.

The alleged airstrike came as senior Israeli ministers and defense officials have reportedly been holding high-level talks about the situation in Syria and Lebanon, specifically regarding Iranian entrenchment in the region.

“The Middle East is raging around us, and what concerns us the most are Iranian efforts to establish military bases in Syria,” Energy Minister Yuval Steinitz told Army Radio Monday after being asked about reports that the high-level security cabinet has been holding a series of “extremely significant” meetings on the threats from the northern border.

“The prime minister is leading a multifaceted campaign to stop this entrenchment,” Steinitz said, declining to comment specifically on the content of the meetings. 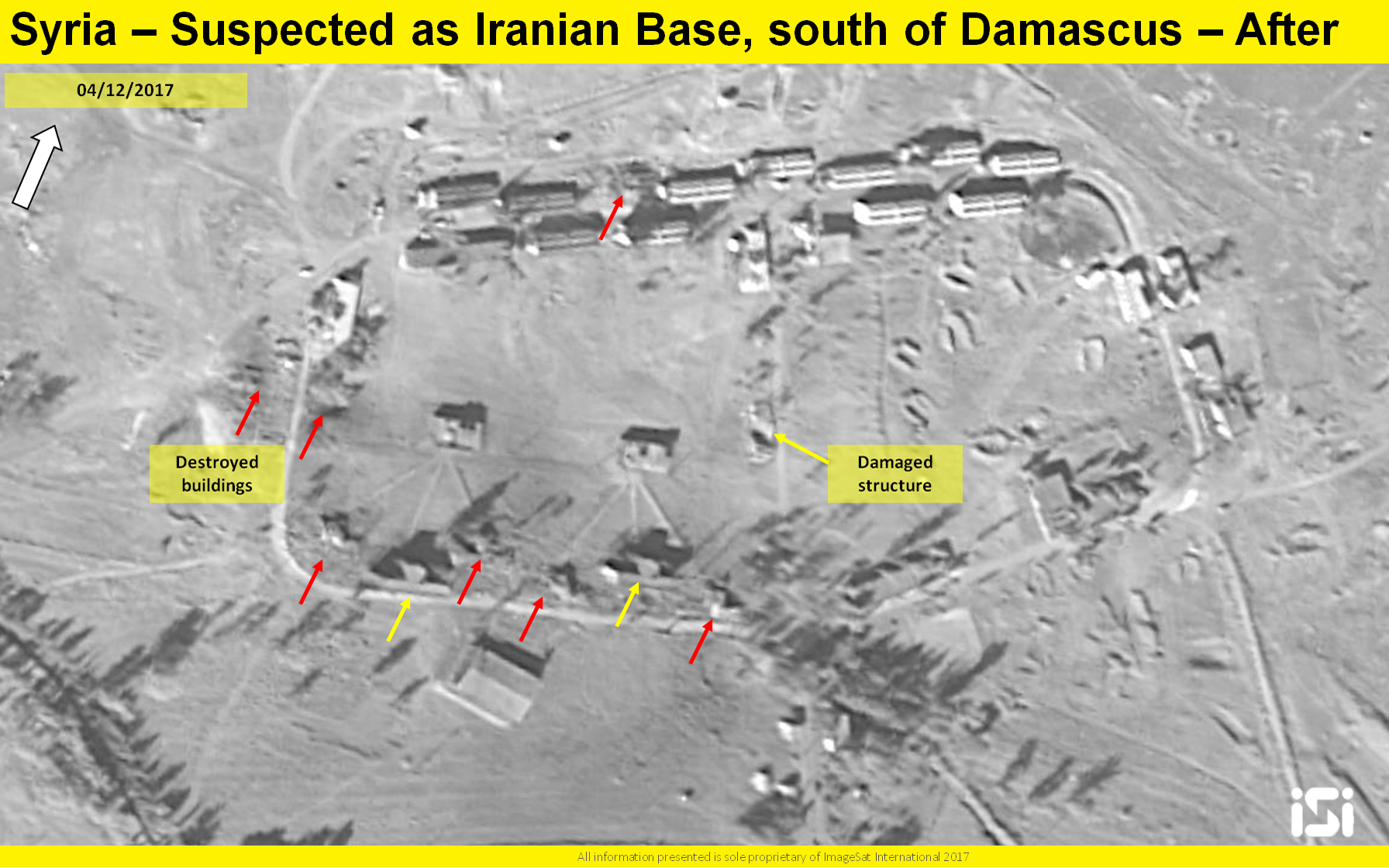 A satellite image showing the results of an alleged Israeli airstrike on a reported Iranian base being set up outside Damascus, from December 4, 2017. (ImageSat International ISI)

Israeli officials have repeatedly said that the Jewish state opposes the presence of Iran and its proxies, notably Hezbollah, in southern Syria and Lebanon.

Israel has been negotiating with the United States and Russia, the main brokers in Syria, to keep Iran-backed Shiite militias and the Hezbollah terrorist group away from the border.

Netanyahu, Defense Minister Avigdor Liberman and others have all said that Israel’s policy is to target shipments of advanced weaponry, including accurate long-range missiles, that are heading to or in the possession of Hezbollah.

In late December, Assad’s troops, accompanied by Iranian-backed fighters, recaptured the Syrian Golan from rebels, allowing President Bashar Assad to reassert control over a small portion of the area adjacent to the Israeli border. Still, much of the area along the border, around the city of Quneitra, remains under rebel control.

Last week, IDF Chief of Staff Gadi Eisenkot said the most serious immediate threat to Israel was posed by Hezbollah, followed by other jihadist groups supported by Tehran positioned on the Syrian border.

Describing Iran as a “multidimensional threat,” the army chief said the most worrying aspect is the Islamic Republic’s desire to obtain nuclear capabilities, followed by its efforts to achieve hegemony in the region. 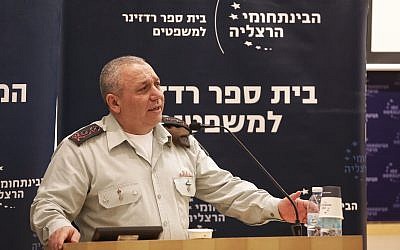 IDF Chief of Staff Gadi Eisenkot speaks at a conference at the Interdisciplinary Center in Herzliya on January 2, 2018. (Adi Cohen Zedek)

He noted the over $1 billion that the country invests in its proxies in Lebanon, Yemen, Syria, Iraq and — increasingly — Palestinian terrorist groups in the West Bank and Gaza Strip.

The army chief did not provide the source for those figures.