Russia may begin delivering its powerful S-300 missile defense system to Syria in the near future, despite opposition from Israel and other Western powers, the Russian daily Kommersant reported Monday, citing anonymous government sources.

The sources told the newspaper that if Israel tried to destroy the anti-aircraft batteries — as analysts have indicated Israeli likely would — it would be “catastrophic for all sides.”

Moscow announced last week that it was considering reversing its longtime policy against supplying the S-300 system to the regime. The statement came following a series of airstrikes against Syrian targets by the United States, United Kingdom and France earlier this month in response to an alleged chemical weapons attack by Syrian dictator Bashar Assad.

The apparent chemical attack against the then-rebel-held city of Douma in central Syria killed at least 40 people, including children. Western powers blame the attack on Assad’s regime. 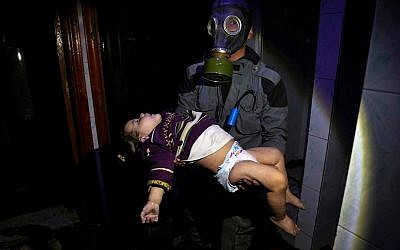 “A few years ago at the request of our partners, we decided not to supply S-300s to Syria,” Russian Foreign Minister Sergey Lavrov told the BBC last week. “Now that this outrageous act of aggression was undertaken by the US, France and UK, we might think how to make sure that the Syrian state is protected.”

Russia had originally agreed to sell the system to Syria in 2010, but scrapped the plan at Israel’s behest.

Lavrov’s comments to the BBC indicated that the impetus for Russia to reverse its decision and give Assad the S-300 was not the airstrike allegedly conducted by Israel on April 9, but the American-French-British attack on April 13.

According to Kommersant’s report, Russia will not be selling Assad the S-300 system, but rather providing it at no cost as part of a military aid package in order to hasten the delivery.

The Russian-made system offers long-range protection against both fighter jets and missiles. The system has been supplied by Moscow to Tehran, and deployed by the Russian army in Syria, alongside its more advanced iteration: the S-400.

Therefore, Israel might look to destroy the defense system, preferably before it is set up and made operational.

“If I know the air force well, we have already made proper plans to deal with this threat. After you remove the threat, which is basically what will be done, we’re back to square one,” Yadlin told Bloomberg news last week. 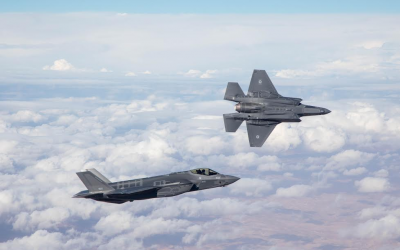 In what many saw as a direct reaction to the looming proliferation of the S-300 and other missile defense systems throughout the Middle East — but especially in Iran — Israel purchased a fleet of F-35 stealth fighter jets from the American Lockheed-Martin defense contractor.

The state-of-the-art planes are meant to offer a solution to the challenges posed by the S-300, whose radar systems can detect aircraft from some 300 kilometers (186 miles) away.

Israel also worked diplomatically to attempt to stop Russia’s sale of the S-300 system to Iran, which after being halted for nearly a decade went through in 2016. Last year, Tehran announced that the system was fully functional and connected to the rest of the country’s air defenses.

In addition to the American-led coalition’s strikes against Assad targets, Israel has increasingly carried out air raids in Syria, which it says are meant to prevent the transfer of advanced weaponry to the Hezbollah terrorist group and halt the military entrenchment of Iran in the country.

While Israeli officials acknowledge that these strikes are carried out in general, Jerusalem rarely takes responsibility for specific attacks.

On April 9, Israel allegedly struck the T-4 air base in central Syria where Iran has reportedly been operating a fully functional air base of its own and where it has centered its attack drone operations. At least seven members of the Iranian Revolutionary Guard Corps were killed in the strike. The base was reportedly protected by surface-to-air missile defense systems. 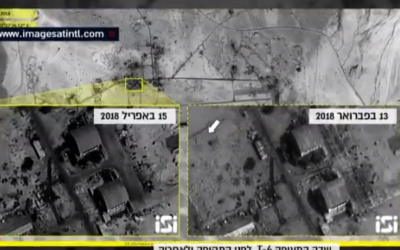 Satellite photographs of the base published on Sunday showed the strikes were carried out with a high degree of precision, hitting two hangars, but causing little damage to the surrounding area.

While refusing to comment on whether it carried out the strike, a few days later Israel revealed for the first time that an Iranian drone dispatched from T-4 in February was an attack drone that carried explosives and was headed to an unspecified location in Israel when it was shot down 30 seconds after entering Israeli airspace.

Israel lost an F-16 in retaliatory raids hours after the drone was downed on February 10, the first loss of a fighter jet in action in 35 years. The Israeli plane was hit by Syrian anti-aircraft fire, and crashed in Israel; the two pilots ejected to safety.

Following the downing of the F-16, Israeli aircraft targeted Syria’s air defenses, destroying between one-third and one-half of them, according to Israeli military estimates.