The UN’s aid agency for Palestinian refugees announced Wednesday the launch of an international fundraising campaign to make up the budget shortfall caused by the US decision this week to withhold millions in planned aid.

In a statement, UNRWA’s commissioner-general, Pierre Krahenbuhl, warned that “this reduced contribution threatens one of the most successful and innovative human development endeavors in the Middle East.”

On Tuesday, the US State Department announced it would withhold $65 million of the $120 million it planned to contribute to UNRWA this month, one of several payments to the agency slated for 2018.

The US notified UNRWA of the cut in a letter that also made clear that future US donations will be contingent on major changes by UNRWA.

“We would like to see some reforms be made,” said State Department spokeswoman Heather Nauert, adding that changes were needed in the way the agency operates and is funded. “This is not aimed at punishing anyone.” Nauert said, adding that the US believes there needs to be more “burden-sharing,” a regular complaint by President Donald Trump about multilateral organizations dependent on significant contributions of US cash. 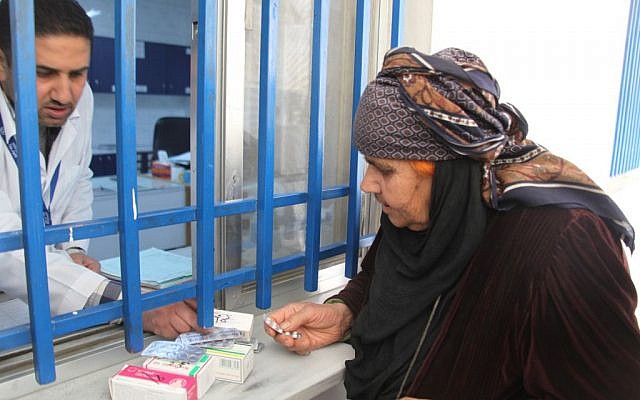 “We don’t believe that taking care of other nations and other people have to be solely the United States’ responsibility,” she said.

The US donated $355 million to UNWRA in 2016 and was set to make a similar contribution this year, with the first installment to have been sent this month. But after a highly critical January 2 tweet from Trump on aid to the Palestinians, the State Department opted to wait for a formal policy decision before sending its first installment.

Trump’s tweet expressed frustration over the lack of progress in his attempts to broker peace between Israel and the Palestinians, and he pointed the finger at the Palestinians. “We pay the Palestinians HUNDREDS OF MILLIONS OF DOLLARS a year and get no appreciation or respect,” he said. “But with the Palestinians no longer willing to talk peace, why should we make any of these massive future payments to them?”

In his statement Wednesday, Krahenbuhl warned of the humanitarian fallout of the decision.

The cut also comes at a time “when the Middle East faces multiple risks and threats, notably that of further radicalization,” he said. 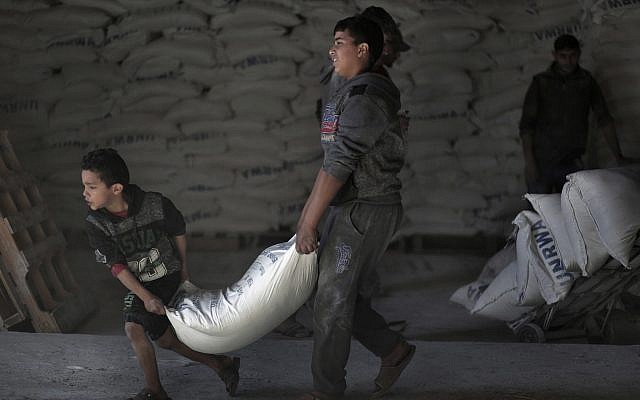 Noting that the US “has consistently been UNRWA’s largest single donor,” Krahenbuhl announced he was “launching in the next few days a global fundraising campaign to capture the large-scale commitment to keeping our schools and clinics open throughout 2018 and beyond.”

He called on “host countries and our donors including those in the region,” as well as “people of good will in every corner of the globe where solidarity and partnerships exist for Palestine Refugees” to “join us in responding to this crisis and #FundUNRWA to ensure that Palestine Refugee girls and boys can stand strong.”

The call was shared Wednesday by UN officials, including the organization’s Special Coordinator for the Middle East Peace Process Nickolay Mladenov.

#BREAKING: @PKraehenbuehl launches global campaign to #FundUNRWA as the most dramatic financial crisis in @UNRWA’s history puts over 500k children at risk, undermining the #dignity and security of millions of Palestinian refugees in #Jordan, #Lebanon, #Syria, #WestBank & #Gaza

UNRWA’s spokesman said Wednesday that the agency was facing its worst funding crisis ever. “The US has announced it will contribute $60 million to the program budget. There is for the moment no other indication of possible funding,” Chris Gunness told AFP. “This dramatically reduced contribution results in the most severe funding crisis in the history of the agency.”​

The Palestine Liberation Organization’s mission to the US also lashed out at the funding cut on Wednesday, insisting the funding of UNRWA was “not a bargaining chip but a US and international obligation.”

In a statement, the Palestinian representative in Washington, Husam Zomlot, said that “taking away food and education from vulnerable refugees does not bring a lasting and comprehensive peace,” and vowed that “the rights of Palestinian refugees will not be compromised by a financial decision.”

He called the move “indefensible,” and warned that “these actions add greater uncertainty to an already volatile situation in Palestine and in the region, and run against the core values of the US and the international system.”

The statements by UNRWA and the PLO statements follow an earlier response to the decision from Prime Minister Benjamin Netanyahu, who praised it to reporters during his trip to India as “the first time that there is a challenge to UNRWA, after 70 years. The agency that perpetuates the Palestinian refugee problem and narrative of erasing Zionism – and this is the first time this thing is challenged. It’s a good thing that they’re moving forward and challenging this body.”

Netanyahu has urged that funding for Palestinian refugees be maintained, but not through UNRWA. Rather, he has called for it to be transferred through the UN’s main refugee body, UNHCR.

Israel accuses UNRWA of helping to perpetuate the Palestinian narrative of Israel’s illegitimacy by granting refugee status to the descendants of refugees, even when they are born in other countries and have citizenship there, conditions that do not apply to the refugees cared for by the UN’s main refugee agency, UNHCR, which cares for all other refugees worldwide. The population of Palestinian refugees thus grows each year, even as other refugee populations in the world shrink with each passing generation.

UNRWA counters that it is caring for a population that is scattered in several countries in the region, but is not served either by Israel or those countries, which refuse to grant most of them or their descendants citizenship, and that its definition of refugees reflects that reality.