US President Donald Trump’s personal attorney filed two lawsuits Tuesday claiming damages from the publication last year of a private investigation dossier that made unverified allegations of collusion between Trump’s campaign for president and the Kremlin.

Michael Cohen filed a federal lawsuit against the Fusion GPS investigation company, which compiled the dossier, and another lawsuit at the New York state court against the Buzzfeed website for publishing the document in January 2017.

Cohen was mentioned in the dossier as having met with Russian officials in Prague in August 2016, allegedly to discuss payment methods for hackers linked to the Kremlin for work they did against Democratic presidential candidate Hillary Clinton.

In both cases, Cohen said that the report contained “false and defamatory” claims that caused “harm to his personal and professional reputation, current business interests and the impairment of business opportunities.”

He is seeking compensation for damages to his reputation “that resulted from the blatantly false and defamatory statements and implications about him.”

In the federal court suit against Fusion GPS, Cohen said that even though the report “contained unverified allegations,” Fusion GPS “recklessly placed it beyond their control and allowed it to fall into the hands of media devoted to breaking news on the hottest subject of the day: the Trump candidacy.” 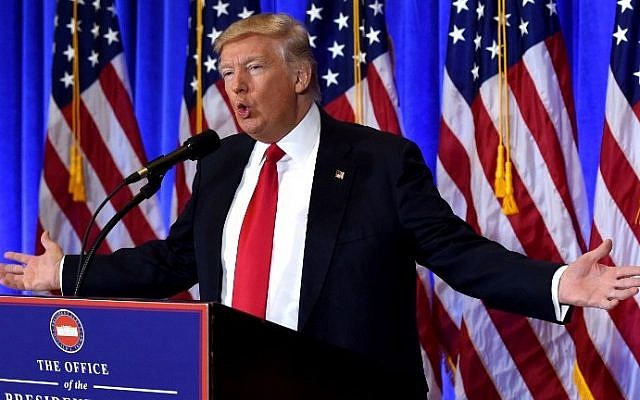 President-elect Donald Trump during a news conference in the lobby of Trump Tower in New York, January 11, 2017. (AFP / TIMOTHY A. CLARY)

Rejecting the claims that he was in any way involved in paying off Russian hackers, the lawsuit said Cohen was “collateral damage in a US political operation — that has nothing to do with” him.

The lawsuit against Buzzfeed named editor Ben Smith along with Ken Bensinger, who wrote the dossier article, and Miriam Elder and Mark Schoofs, who edited it. Cohen claims “an action for defamation based on false, damaging, and highly inflammatory statements.”

Cohen told ABC News, which reported Tuesday on the lawsuits, “I have never been to Prague or the Czech Republic, and I have never engaged with, been paid by, paid for, or communicated with anyone representing the Russian Federation or anyone else to hack anyone or any organization or disseminate false news reports or interfere in any way with this election.”

A Buzzfeed spokesperson responded in an email to ABC News: “The dossier is, and continues to be, the subject of active investigations by Congress and intelligence agencies.

“It was presented to two successive presidents, and has been described in detail by news outlets around the world. Its interest to the public is obvious. This is not the first time Trump’s personal lawyer has attacked the free press, and we look forward to defending our First Amendment rights in court,” the spokesperson wrote.

Fusion GPS did not comment on the lawsuit, ABC News said. 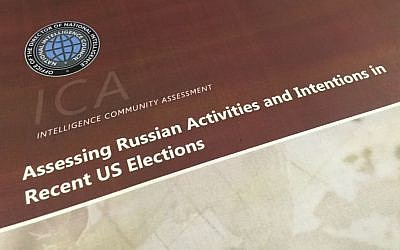 A part of the declassified version Intelligence Community Assessment on Russia’s efforts to interfere with the US political process is photographed in Washington on Jan. 6, 2017. (AP Photo/Jon Elswick)

In a tweet Tuesday night, Cohen wrote, “Enough is enough of the #fake #RussianDossier. Just filed a defamation action against @BuzzFeedNews for publishing the lie filled document on @POTUS @realDonaldTrump and me!”

Special prosecutor Robert Mueller has for months led a team of prosecutors and agents investigating whether Russia and Trump’s Republican campaign coordinated to sway the 2016 election.

Fusion GPS was hired by rivals of Trump within the Republican party and then by the Democrats to research Trump. The final dossier was reportedly circulated in Washington for months before Buzzfeed published the 35-page document in January 2017, along with a caution that its “allegations are unverified, and the report contains errors.”

A synopsis of the dossier was reportedly presented to Trump at the time, as well as to outgoing US president Barack Obama.

The dossier included allegations that there was a regular flow of information during the campaign between Trump surrogates and Russian government intermediaries.

The memos also described sex videos involving prostitutes filmed during a 2013 visit by Trump to a luxury Moscow hotel, supposedly as a potential means for blackmail by the Russians. 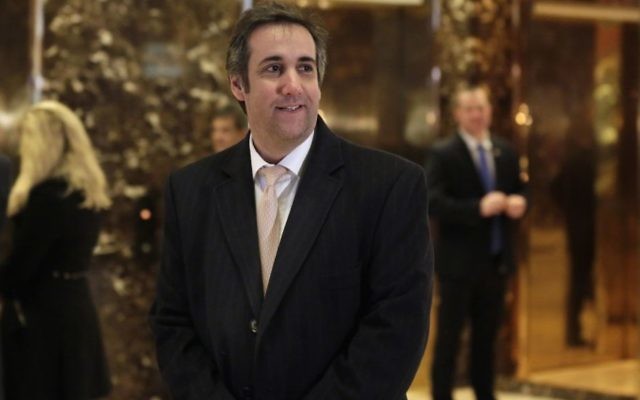 Cohen is also part of the investigation into possible Russian interference in the 2016 presidential election. He was involved in discussions about a real estate deal in Moscow in the fall of 2015, months after Trump had declared his presidential bid. The talks to build a Trump Tower in Moscow ended early in 2016 when Cohen determined that the project was not feasible, the attorney told the House Intelligence Committee in an August 2017 statement.

In October, Cohen faced members of the committee for a closed door session. He was also supposed to face members of the Senate Intelligence Committee in September but that session was put off. The senate committee has called for an open session to be arranged as soon as possible, ABC News reported.

Cohen, a longtime attorney for the Trump Organization, remains a personal lawyer for Trump. He served as a cable television surrogate for the Republican during the presidential campaign.