WASHINGTON (AP) — They spent their first year in Washington as an untouchable White House power couple, commanding expansive portfolios, outlasting rivals and enjoying unmatched access to the president. But Jared Kushner and Ivanka Trump have undergone a swift and stunning reckoning of late, their powers restricted, their enemies emboldened and their future in the West Wing uncertain.

Kushner, long the second-most powerful man in the West Wing, is under siege. US President Donald Trump’s son-in-law has lost influential White House allies. He remains under the shadow of the Russia probe and has seen his business dealings come under renewed scrutiny. He has been stripped of his top security clearance, raising questions how he can successfully advance his ambitious agenda — including achieving Mideast peace, a goal that has eluded presidents for generations.

Kushner’s most powerful patron, the president himself, has wavered recently on whether his daughter and son-in-law belong in the White House anymore.

A frustrated Trump has griped about the wave of bad headlines generated by probes into Kushner’s business dealings and the status of his security clearance, according to two people familiar with the president’s thinking but not authorized to publicly discuss private conversations. The president also has wondered aloud if the couple would be better off returning home to New York.

At the same time, though, Trump has said he believes many of the attacks against Kushner are unfair and has lamented that the couple is going through such a turbulent time, according to the two people close to the situation who spoke on condition of anonymity because they weren’t authorized to speak publicly about Trump’s private comments. 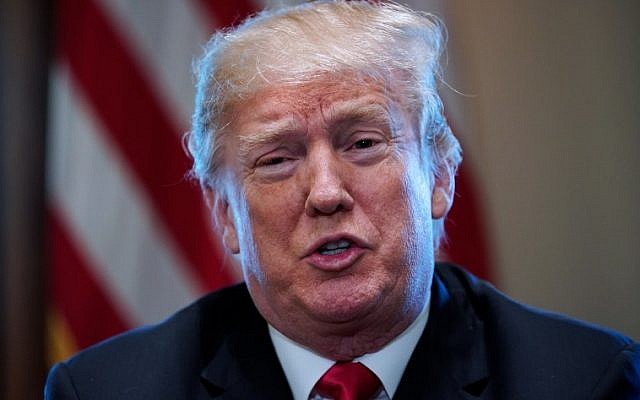 US President Donald Trump speaks on steel and aluminum tariffs during a meeting with industry leaders in the Cabinet Room of the White House on March 1, 2018 in Washington, DC. (AFP PHOTO / MANDEL NGAN)

Kushner’s woes mushroomed in the past month, when accusations of spousal abuse emerged against White House staff secretary Rob Porter. Initially, the resulting firestorm — including questions about how Porter had interim clearance for top-secret information despite red flags in his background — threatened to engulf Chief of Staff John Kelly, the retired Marine hired to bring order to Trump’s chaotic West Wing.

Kelly seemed to stabilize his own standing, in part by ordering a reform of the White House security clearance process. And among senior aides, that change fell the hardest on Kushner, who had been working with interim access to top-secret information. And he was doing that as investigators worked through his family’s complicated real estate dealings and as special counsel Robert Mueller probes Russian connections to the Trump team.

A week ago, Kushner’s security clearance level was downgraded, leaving White House aides to wonder just how many indignities Kushner and Ivanka Trump are willing to suffer. Even if recent events and revelations don’t trigger a departure, they have demonstrated that the West Wing clout of “Javanka,” as the couple is often referred to, is a far cry from what it once was.

Since taking office last year, Kelly has prioritized creating formal lines of authority and decision-making. Kushner resisted efforts to formalize his role — which early in the administration made him something of a shadow secretary of state — and he has grown frustrated with the chief of staff’s attempts to restrict the couple’s access to the president. The couple perceives Kelly’s crackdown on security clearances as a direct shot at them, according to White House aides and outside advisers.

Kelly, in turn, has been angered by what he views as the couple’s freelancing. He blames them for changing Trump’s mind at the last minute and questions what exactly they do all day, according to one White House official and an outside ally. Kushner prevailed in previous power struggles within the White House, including one against former chief strategist Steve Bannon, but allies of the president on the outside openly cheered the power couple’s weakened position. 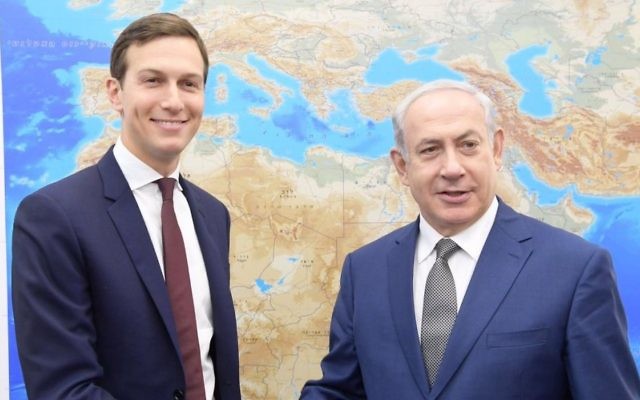 “Only a son-in-law could withstand this sort of exposure and not be fired,” said Jennifer Palmieri, former communications director for former president Barack Obama. “Kushner’s vulnerable and in an accelerated fall from grace. Even though his departure would leave Trump even more isolated, a decision could be made that it’s just not worth it for him to stay.”

Those close to the couple insist the duo has no plans to leave Washington. But a soft landing spot has emerged if they choose to take it.

At a senior staff meeting Wednesday, Kushner spoke about the 2020 campaign at Kelly’s behest, talking up the selection of Brad Parscale to run the campaign, according to an administration official who was not authorized to speak publicly about internal discussions. Kushner has a close relationship with Parscale, whom he recruited to work on the 2016 campaign.

News of Parscale’s appointment was first reported in the Drudge Report, a favored outlet of Kushner’s, in a move that was seen by some in the West Wing as an attempted reminder of Kushner’s clout just hours before his humbling security clearance downgrade became public.

One veteran of the 2016 campaign suggested that there had always been a tentative plan for Kushner to resume a role on the re-election campaign but not this early in the president’s first term.

In a White House populated with attention-seekers, Kushner has been an ascetic, discreet figure. Almost always standing at the periphery in dark business suits, Kushner is rarely heard in public, his impact felt but not seen. His diplomatic trips abroad have either been shrouded in secrecy or conducted with minimal media coverage.

“I am not a person who has sought the spotlight. First in my business and now in public service, I have worked on achieving goals, and have left it to others to work on media and public perception,” Kushner told congressional investigators in a prepared statement last July.

But it is not immediately obvious what he’s achieved. There has been little progress on Mideast peace and relations with Mexico, another top Kushner priority, remain contentious over Trump’s proposed border wall. Kushner’s much ballyhooed project to reinvent the federal government has gained little traction. And questions persist about his family business’s global hunt for cash just a year before a $1.2 billion mortgage on a Manhattan skyscraper must be paid off by the company.

The Kushner Co. says it is in solid financial shape, but skeptics note that the company has been scrambling to raise funds from investors in nations with which Kushner has had government dealings and questions about potential Kushner conflicts of interest have scuttled some efforts.

Ivanka Trump, meanwhile, promotes the administration’s tax overhaul, including a family-friendly tax credit she championed. She continues to talk with lawmakers about paid family leave and recently led the U.S. delegation to the closing ceremonies at the Winter Olympics in South Korea.

But her role has come with unique challenges and calculations. Trump has portrayed herself as an advocate for women and families within the administration, which at times puts her in an awkward position given the allegations against her father and some of his public comments about women.

Trump recently said in an NBC interview that she believes her father’s denials of sexual misconduct, but argued that questions to her on the topic were “pretty inappropriate” — an answer that prompted eyerolls in some quarters of the West Wing yet again.